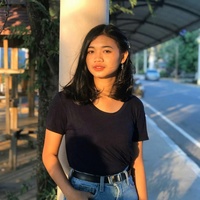 If you are looking for a new smartphone to use. You can make a decision by checking these differences between iOS and Android. Even both of them have some similarities in basic functions like calling, messaging, web browsing, video chat, maps, voice commands etc. However, there are many differences between iOS and Android as follows. The first point, iOS is a closed system. Second, the iOS applications are available in the Apple app store. Next, there is a voice assistant for iOS namely Siri. The last point is the cost of Apple iOS device is quite expensive. At the same time, the Android system is more open. Second, the Android applications are obtained from Google Play. Next, the voice assistant for android is Google Assistant. Lastly, the price of Android device is cheap. In brief, there are some similarities of basic functions in iOS and Android. The mobile operating system, application, voice assistant and price of each kind of mobile operating system are totally different.