My idol: the inspiration of the life 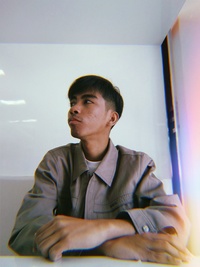 My idol: the inspiration of the life

I really admire Jack Ma because he is the best entrepreneur that I never known him before. I have many reasons why I admire him a lot. First of all, he is a person who succeeds in his life. As you can see that he has a lot of money and he has a lot of businesses such as Alibaba Group, China Yellow Pages etc. And I want to succeed like him when I graduated at MSU. The next reason, he is a philanthropist and he is a very kind person, too. He always donates his money to people such as the poor people, students, children, or elderly people. I like that he donates money to everyone. In addition, I admire him because he is the person who has a lot of attempting. He never gives up when he failed in everything and he also keep going. He has a positive thinking and I think I want to be a person like him because I don’t want to be upset when I do something wrong. The last reason that I admire him is I want to be rich because he has a lot of money. I think if I had lots of money, I would buy everything I want and I would donate the money to everyone, too. I respect him because he is the giver and I think in the future I will succeed like him and have a lot of money, too.